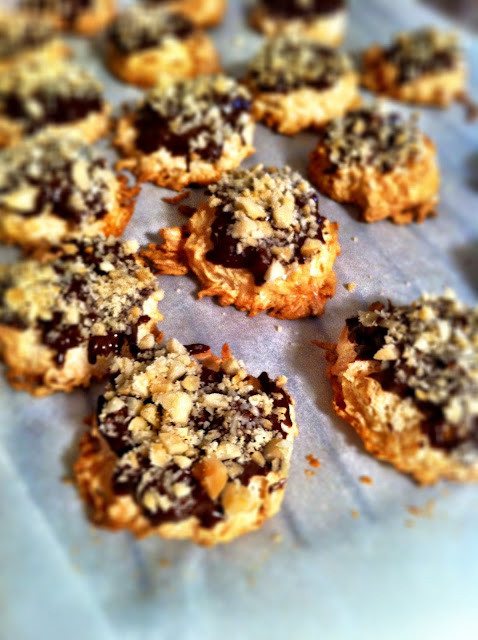 I'm always on the lookout for a good coconut macaroon recipe, and this is definitely a great one. It is Alton Brown's Paradise Macaroon recipe (with minor modification), which was his contribution to Food Network's 12 Days of Christmas Cookies circa 2008.

Now, these are coconut macaroons, which are the most common kind of macaroon in the US, although I am sure everyone is also familiar with the French cookies of the same name as well. Why two such variant desserts under the same name? Well, it turns out that "macaroon" is a rather loose term: it can be used to describe a light, small cookie or cake(ish) baked good, commonly with egg whites, some kind of nut and/or almond paste, sometimes coconut, and sugar. The coconut macaroons are most common in the US, while French macaroons, also called macarons, are meringue cookies filled with some type of ganache or buttercream. People tend to use the term macaroon interchangeably for either the coconut or cookie macaroons, and while some people try to exclusively use macaron when talking about French-style macaroons, there isn't a universal convention for distinguishing between the two 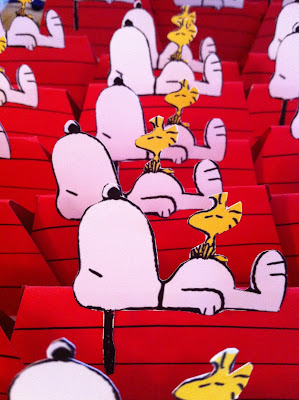 I meant to write this post ages ago, my baby shower was back in September. But better late than never!

As anyone reading my previous posts on my bridal shower and the various baby showers that I've assisted with, I love event planning. And I've always known that, if I were lucky enough to have a baby, I would want a Snoopy-themed baby shower.

This presents its own difficulties, as many Peanuts-themed items are becoming rare and expensive. And the ones that are available are more naturally geared towards children's parties, and I didn't really like the look of them. So instead, most of the items at my shower were handmade by myself or my family. Here is a quick rundown of what we did, in case anyone else out there would like to do something similar. 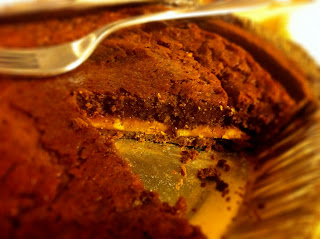 I read. A lot. So much that my house is currently overflowing with books, most of which live in cardboard boxes stacked to the ceiling. And that doesn't even count the books I left at my parents' house when I moved (much to their chagrin), which would easily double, if not triple, my collection. But I can't help it -- I love reading. But it got to the point where my husband put his figurative foot down and said that we couldn't possibly fit any more books in our house without the whole structure collapsing in on itself, creating some sort of biblio-singularity which would punch a hole in the space-time continuum and destroy the entire universe. Maybe not his exact words, but that was the general gist. However, being my husband, he came up with an elegant alternative: a brand new iPad with Kindle and Nook apps on them, and a gift card to Amazon. That was about a year and a half ago, and I have since become an e-book convert (although it took me a few days to get used to reading on a screen). I have 60+ books on my iPad already, because buying them when I have a whim to read or see something interesting is way too easy.

But why do I bring this up on a baking blog? Well, it just so happens that the very first e-book I downloaded was The Help by Kathryn Stockett. And in this book is a pivotal plot point which I won't spoil here, but it involves a chocolate pie. Minny's chocolate pie to be exact.

When the movie came out, I had my first good look at the movie-interpretation of said pie, and I was surprised to discover that it was not a chocolate cream pie like I had been imagining. It was some sort of baked confection, looking almost like a brownie pie, and I was intrigued. A year and a half later, on a whim, I google "Minny's chocolate pie recipe" and out pops this page -- the screen-used recipe for Minny's pie! Not only did it sound delicious, it sounded almost too easy, so I had to give it a whirl. And thank goodness I did! 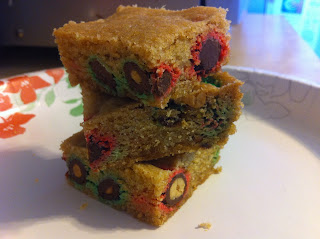 Yes. These. These are my Peanut M&M cookies in a bar form. Identical batter, but a lot less time and fuss. They are chewy, so they do lack that cookie crunch, but they taste delicious nonetheless. I can't decide which I like better, in truth, but I know for certain that when I am short on time, I will definitely be making the bars.  I gave a detailed workflow of preparing the batter in my cookie post, so I won't rehash it here. Instead, I will pick up the recipe where it diverges from the cookie recipe: 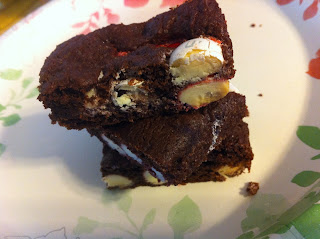 Better late than never! This is a Christmas recipe, three months late. Which means, in fact, that I am getting worse, because my Thanksgiving recipes were only two months late. Oh well.

Incidentally, I think I'm going to change the tagline of my blog to: "Good food...crappy pictures." Seriously. I have no sense of artistry. I snap my pics on my iPhone, in my garish kitchen light, on a messy counter, on a paper plate. If there are Seven Deadly Sins of Food Photography, I commit them all. Simultaneously.

But, don't let my lack of artistic flair deter you from making these bars, because they are super quick and yummy. And like Thanksgiving, with my new kiddo, quick and easy was the name of the game this year. 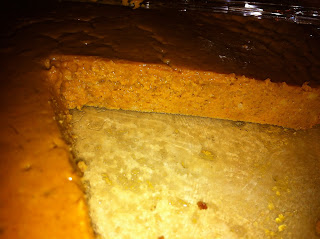 I'm continuing to (slowly) slosh my way through a backlog of posts, and this is one that I have been meaning to get up on the blog for months.

Now, I love me some pumpkin, but oddly enough, I've never posted my go-to classic pumpkin pie recipe. And today is still not that day, unfortunately. But instead, I have another variation of pumpkin pie to post -- the "Impossibly Easy" kind.

Why? I'm glad you asked. Necessity. I needed a quick pumpkin pie recipe using the ingredients I already had on hand in my pantry, which did not include pie crust, or butter or shortening, which precluded me from making a from-scratch crust (also working against me was the time factor). But, what I did have on hand was Bisquick.